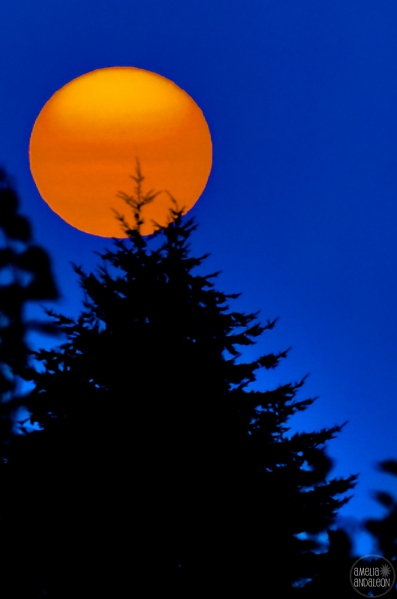 Hey shutterbugs!  Anyone have tips on removing the magenta halo around sunset shots?  I have tried the natural and vivid picture settings and this halo shows up with both settings.  Appreciate the help! – Amelia

Good morning Canada from Port Angeles, WA USA! Fresh snow and sun shining on the mountains on Vancouver Island across the Strait of Juan de Fuca, west of Victoria, BC. Beautiful!

After a relatively painless family photo shoot, using my tripod and self-timer, Nora finally was unleashed to climb logs, play, and explore. I shot this when she climbed up high on a fallen tree and she flashed me her sweet smile. Love… 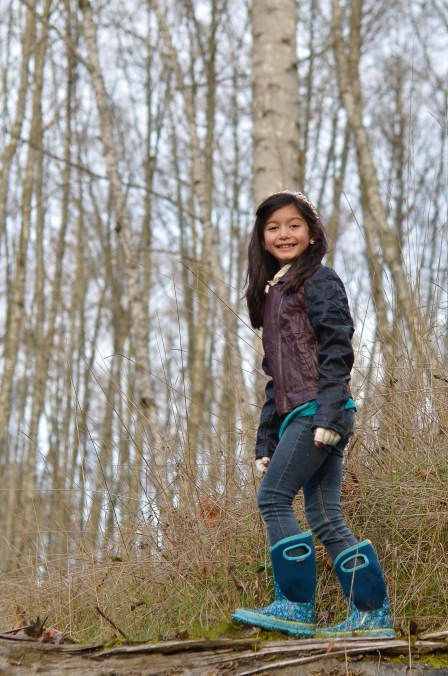 In my photojournalism class I learned what an “environmental” photograph is, which has to do with paying attention to your surroundings and background of a shot, to help define the context of your photograph.

I took several photos during a movie shoot here in Port Angeles and for my homework assignment I chose this photo of director Dickie Flicks because I captured a commanding expression on his face, catch light in his eyes, the texture of his shirt, skin, and tatoos,; the courthouse building behind him is defined by the doors, pillars and the sign.  However, during my class critique, the photo did not give enough context about what was happening at this moment.  The photo would have been stronger if I included a camera, or anything that gave me context explaining that a movie was being shot at this location.

I included additional photos which MAY have been better choices to illustrate an environmental photograph.   I’m enjoying my class and happy to be learning what it takes to capture a photojournalistic shot. 🙂 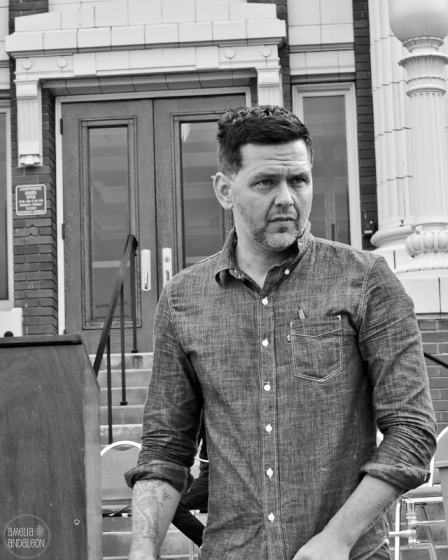 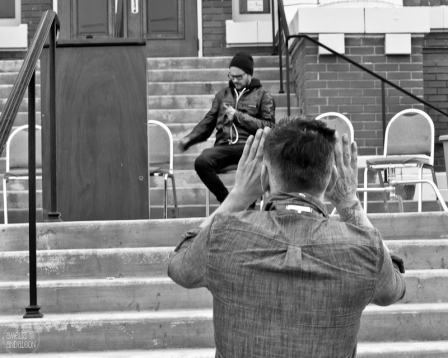 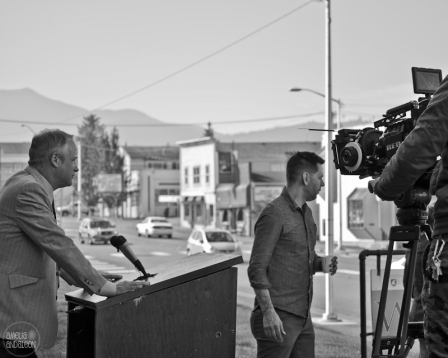 Actor Dave Schecter at the podium with director Dickie Flicks 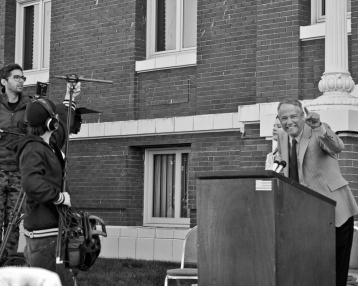 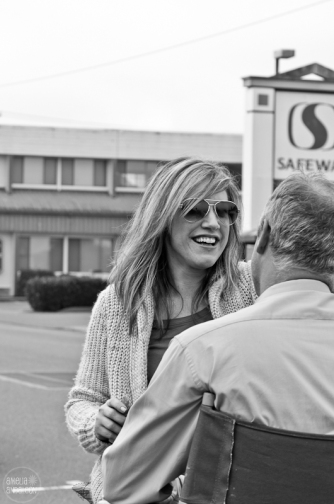 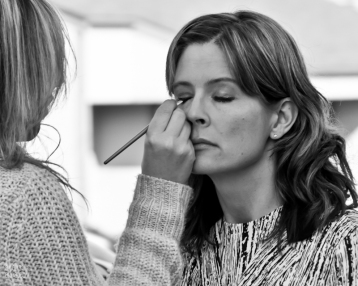 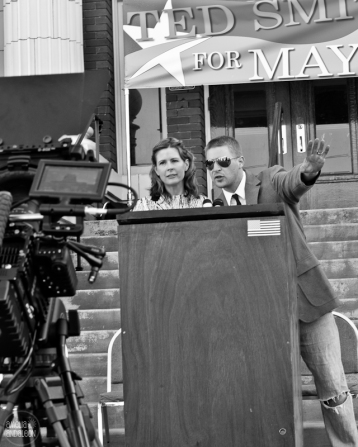 Actress Allison Weathers with co-director Ryan Herring, stepping in as an actor. 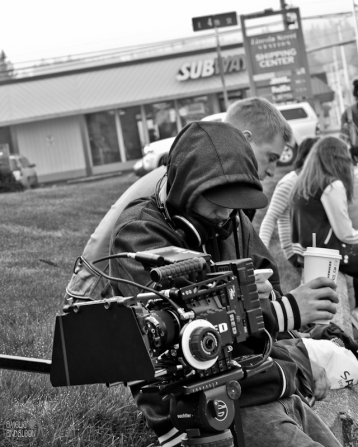 Camera operator Dave Gardner taking a break with co-director Ryan Herring behind him.

I’m taking a photojournalism class and our first photography assignment was to take portraits of strangers then print one 8×10 to be critiqued during class.  Suprisingly, my photo received the most votes in regards to technical and aesthetic merit.  Eek! (that was a happy squeal, by the way…LOL)

How I shot this photo: I chose this vendor who was working during a local street fair because he was in the shade (the sun was bright and overhead), the backdrop of his white tent was sparse creating a simple (eg. not distracting) background, and I thought the textures of his face would make for a good black and white photo.  I used my Nikon D7000 with 50mm/1.4 lens.  I shot at ISO 200, F/5, 1/320 shutter speed.  Our assignment was to have the eyes looking at us and filling the frame with the face.  In Lightroom, I converted the photo to black and white and bumped up the black until the histogram was at a bell-shaped curve.  No other post-processing. The only improvement that was suggested was trying to get more catch-light in his eyes.  I was pleased as punch about this capture. 🙂 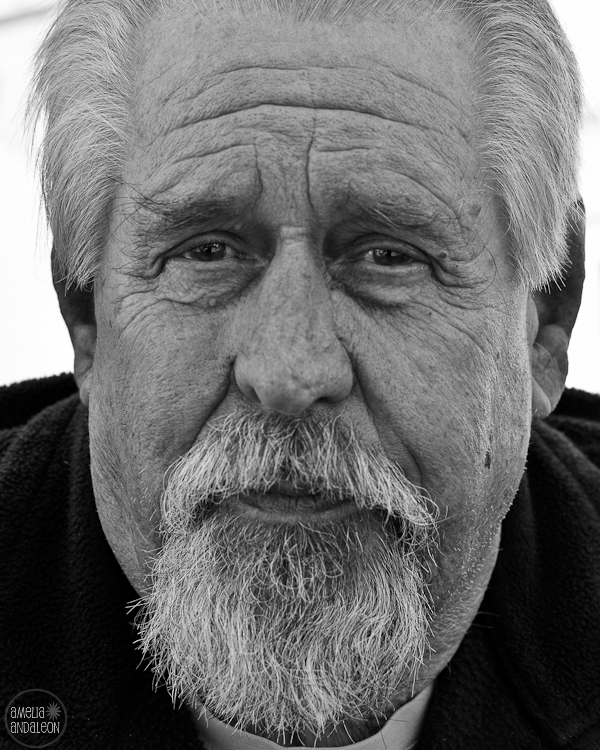 About the assignment:  Although I’m not typically afraid of talking to strangers, initially it felt awkward for me to walk up to strangers and ask to take their photo.  Especially since I had to get up really close using my 50mm lens!  After the first ask, the assignment got easier.  In general, the men were more willing to let me take their pics.  The women were concerned about how they looked, wishing they put makeup on or did their hair.  When I assured them they looked fine and the photo would be for class and my photo blog, they let me take their pic.  Out of the twelve strangers I approached,  no one refused letting me take their photo. It was a good photojournalism exercise!

The wind had picked up and I wasn’t at all concerned about tipping over but,  I was concerned about keeping my Nikon D7000 dry while I took this shot! I protected my camera in a waterproof bag but, everytime I extracted it, the bow of my boat would veer away from center, ruining my intended composition.  At one point, I suddenly found myself  parallel to shore, with the waves crashing across my spray skirt and my boat scraping against the rocks. Quickly I raised my camera and clumsily stuffed it back into the safety of my waterproof bag, then turned back into the waves to try again to get my shot. This was probably one of the most stressful shots I’d ever captured just because of my camera-protective anxiety, but, I loved every second of it!!  🙂 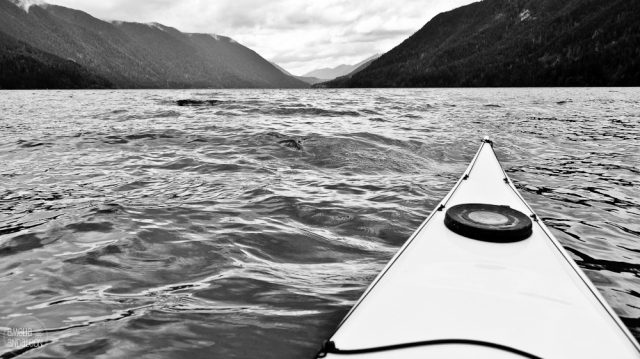 When I’m on the water in my Wilderness Systems’ Sparrowhawk, I’m in my happy place… 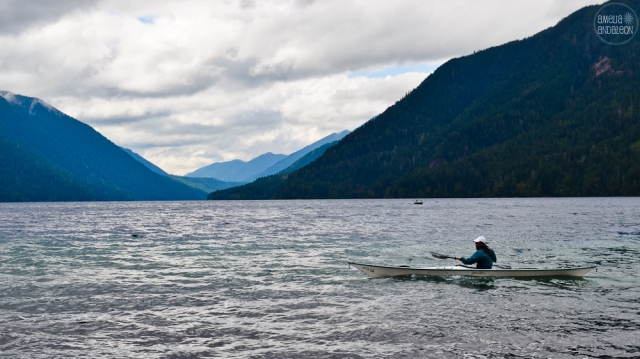 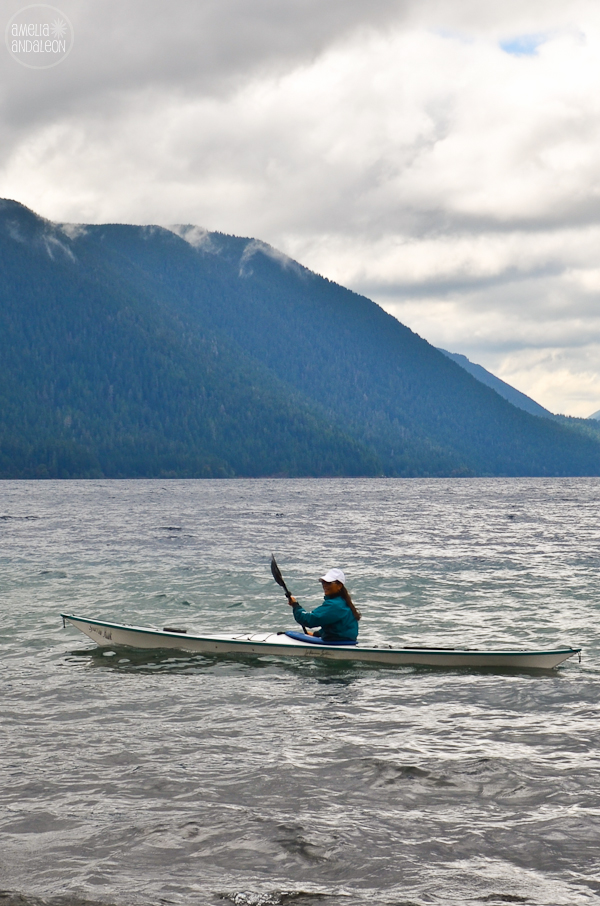 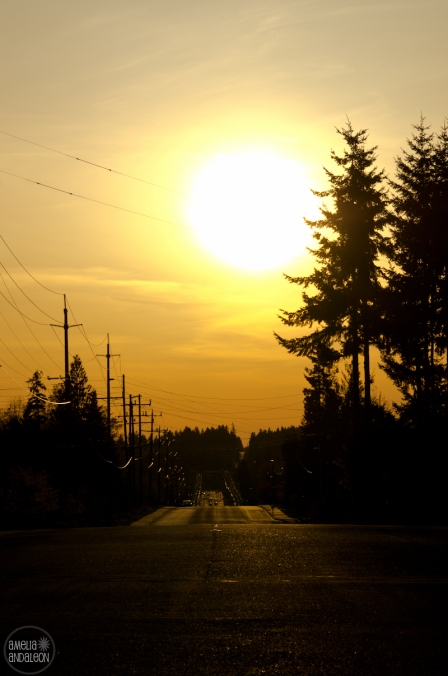 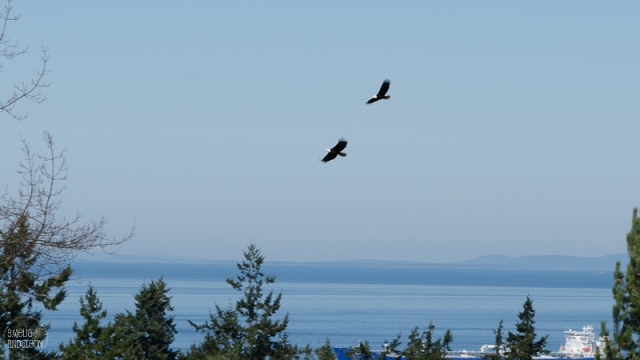 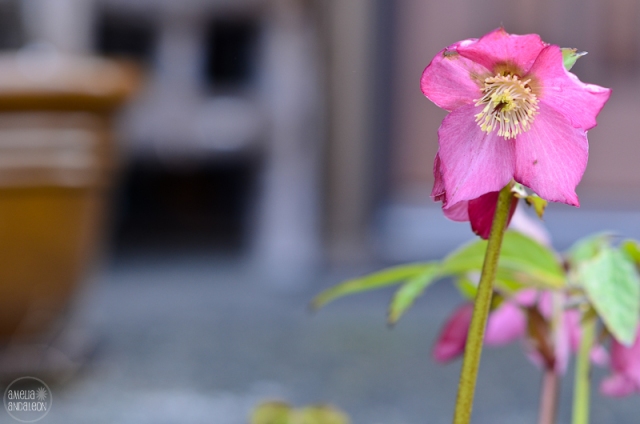